What’s the latest on Microsoft’s acquisition of Activision Blizzard?

Microsoft’s $69 billion deal to acquire Activision Blizzard, one of the world’s largest video game publishers, faces antitrust investigations by regulators in as many as 16 countries. The Satya Nadella-led software giant has been working to get approval from regulators in the US and Europe to compete for its January deal to acquire the video game giant. But Sony, perhaps the biggest name in gaming, has objected that it will lose access to the successful Call of Duty franchise if Microsoft acquires Activision Blizzard.

If the $69 billion deal goes through, Microsoft will become the world’s third-largest game publisher by revenue. The move could help Microsoft gain full control of Activision Blizzard’s game library, giving the Xbox maker leverage over Sony’s PlayStation when it comes to releasing games through the lucrative Game Pass subscription service.

Here’s a sneak peek at the latest developments in Microsoft’s ongoing bid to acquire Activision Blizzard.

In a 22-page response to the UK’s Competition and Markets Authority (CMA), Sony explained that Microsoft’s purchase of Activision Blizzard aims to make PlayStation similar to Nintendo by taking Call of Duty away from them. Microsoft argues that Nintendo has been successful without Call of Duty, but Sony claims the Redmond-based company wants “PlayStation to become like Nintendo,” which will weaken Sony’s position to compete directly with Xbox.

Sony has dominated the console games market for years, leaving Microsoft no choice but to go down the path of acquiring major publishers to build a catalog of must-have games. (Credit: Anuj Bhatia/Indian Express)

The Federal Trade Commission (FTC), an independent agency of the U.S. federal government that prevents unfair or deceptive trade practices, is “likely” to file an antitrust lawsuit to block Microsoft’s proposed $69 billion acquisition of Activision Blizzard. Though the FTC has yet to make an official announcement, the Politico report said that “a lawsuit against the deal is not guaranteed.” The FTC argues that if Microsoft could buy Activision Blizzard, one of the largest third-party game publishers, it would give the company an unfair advantage in the market. Earlier this month, the European Union launched “a full investigation” into the proposed deal. 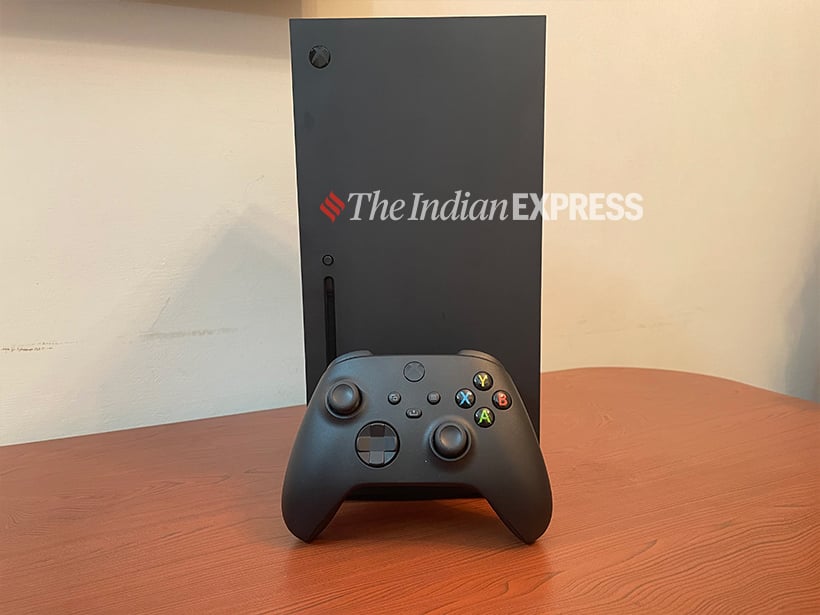 Microsoft has found success with the Game Pass subscription service thanks to its expertise in cloud computing. (Credit: Anuj Bhatia/Indian Express)

In its bid to persuade the UK’s Competition and Markets Authority (CMA), which is conducting an in-depth review of Microsoft’s proposed purchase of Activision Blizzard, the Redmond-based company said Sony’s first-party games are “better quality.” The argument carries weight because console exclusives are critical to the console’s long-term success. Sony makes more money from console exclusives than Microsoft, but its business model has worked and made PlayStation what it is today. One point Microsoft never made in its argument is that Xbox gamers can access Microsoft’s exclusive deals through the Game Pass subscription service without paying full price for games.

“Sony is not only the dominant console vendor, but also a powerful game publisher,” Microsoft wrote in its response to the CMA. “Sony is about the size of Activision and almost twice the size of Microsoft’s games publishing business.” The company went on to add that “in 2021 there were over 280 first- and third-party exclusive titles on PlayStation, almost five times that as many as on Xbox”.

PlayStation Plus subscribers are losing one of their best free games

If you shop through our links, Insider may earn an affiliate commission. Learn more. Black …

Powered by WordPress | Designed by TieLabs
© Copyright 2022, All Rights Reserved
We use cookies on our website to give you the most relevant experience by remembering your preferences and repeat visits. By clicking “Accept”, you consent to the use of ALL the cookies.
Do not sell my personal information.
Cookie SettingsAccept
Manage consent